Однако тут печалька - последняя страница выложена 13 ноября 16-го года, а последняя работа художника - 7 января.
Продолжения ждать стоит не скоро, однако онлайн автор проявляет (по истории последняя активность была 2 недели назад).
Подробнее
Sondertale: Prologue (Comic Dub),Entertainment,,*THIS COMIC WILL NOT BE CONTINUED. IT'S ONLY A ONE-SHOT AS THE ARTIST HAS LEFT THIS COMIC UNFINISHED AND I'VE LOST THE MOTIVATION TO CONTINUE DUBBING IT. PLEASE UNDERSTAND AND RESPECT MY DECISION. THANK YOU.* I've been meaning to work on this dub for the past few weeks, but a lot of things got in the way, such as college work and being sick with a health problem, which prevented me from recording my lines till I came home for Thanksgiving Break last week. I was also encountering some small problems and nitpicks that I couldn't fix because my Premiere Pro trial expired, so I had no choice but to make due with what I had. Even so, I'm actually quite surprised by how well this came out. This has gotta be the longest fan comic dub I've ever done (it's about as long, maybe even longer than, my Sonic Archie comic dramas). Then again, Xedramon really put a lot of effort into making this comic as well as this AU. Sondertale's a very interesting story and really puts you at the edge of your seat. This is only the prologue, so we'll get to see how this all begins. I don't know for sure if I'll be continuing on with Chapter 1, especially since it's still in the works, but if I do, I'll let you all know. Another thing is that this comic dub gave me quite a workout with both my Frisk and Chara voices, which I'm actually quite pleased with, even if it took me a long time to actually get to recording them. I also decided to give it a shot at putting some visual effects on a few of the panels for one scene, which I thought was a huge success and was very happy with the results. ^^ Special thank you to my friend, Steel, for once again voicing Sans. You were a really big help and can't wait to collaborate with you again. :) Also thank you to all of you for being patient and continuing to support me. I really appreciate it. Please let me know what you all think as feedback is encouraged. Thank you. ^^ Comic by: Xedramon (http://xedramon.deviantart.com/) You can also read the comic on her tumblr: (http://sondertale-comic.tumblr.com/post/141818178301/sondertale-prologue-part-1-welcome-to-the) Voice Cast: Steel as Sans (https://www.youtube.com/user/SteelEmissary) JordantheCat11 (Me) as Frisk and Chara Music from: Undertale YouTube Audio Library Lia1291 (https://www.youtube.com/user/Lia1291) Sound Effects from: YouTube Audio Library SEGA Undertale Undertale © Toby Fox

﻿well, this has never happened before. something what IS that? i can't make it out. call me crazy, but, could those be words? heh. okay? you got my attention, kid. what's the matter, pal? Temmie's got your toung- -we don’t h-have to, p-please, l-l d-don’t- C-Chara, p-please w-we can 1 continue!! heh. call me crazier, but. whatever i'm hearlng- -it's coming from their soul. sondertale-comic.tumblr.com ^huh?) ^what is thal^M <35
﻿|s tllis ttu thanb tViat I rtttivi... $koWi!l] WllkntSS. (Jouij katk и ttiir word with OR WITHOUT you.. SAy GOODEyE.
﻿jilt's frith) h/iritn. jot rulj in pnti til tomidran. Qr just iinnuill stipid Hist libl'i til litter. [vir^oiu ')ou lovt is dud. Jim's no om left tilt 100 tin for. jiiri wouldn't h in') non resets. Jon would fimlli itiitvt pint. | tin promis! 100... ...nonixisteiui is svipremel'j peaceful. Continue Reset sondertale-comic.tumblr.com

﻿nd MOH8TFRS
﻿'heavy breathing* wha...what...i...i-i... wha...hap...happen...i th-this...what....?! t-the...F-Frisk... th...k-kid! Frisk!! wh...w-where is. w-wh-wher- F-Frisk?! Wh. F-Frisk?!!
﻿Sans... How were you able to reset? Did you...? Did you use my soul, somehow? N-not in that way! ^ l-l’m still not sure about all of this b-but I’m not Chara! I’m not like Chara! I promise, I just... N-nothing like this has ever happened before...you n-never...um...n-nevermind. B-but... B-before you woke up, I...I had some time to think. And... there might be a way to fix this... ..i literally have no idea how to process any of this right now. But if you did, I think it might explain what happened to us. Or, at least some of what’s happened... Whenever I cause the world to reset, > I return to where I fell into the Underground, j When you reset, using my soul, I went back again like I always do. J J But this time...you come with me Or maybe, / came with you? I’m just...here, now, within you.
﻿A true reset is not like an ordinary reset. A true reset wilL.reset everything to the way it was... ...the very moment I entered the underground for the first time. , C Which is why.../ didn’t expect you to remember. But if it resets everything, we should be ourselves again. № r We should be back to the way we were... before any of this happened. 'fine-comic. tumblr. com But...in order for that option to appear... ...everyone must make it to the surface. And it has to be because of YOU. I You have to help everyone. You have to hurt no one. You have to save every monster in the Underground. Only once everyone is free... can you reset everything. Also, there’s...something else, I...I don’t know how to say it, but I think... sbndertale-comic. tumblr. com \ Sans, I think... I think I am YOUR soul, now. 1-1 can’t be sure, but...if you used my soul to reset, and once you reset we became...fh/s...and if I’m still here within you, but you control my body, then I think I might be right about this. But if I’m right, that would mean now YOU have a HUMAN soul. And if you really do have a human soul, I really believe you can save everyone like I did. Because you have something you didn’t have before. 5’mdenalezcomic. tumblr,cor. T-this must be very difficult k for you to h- You now have DETERMINATION. clear something up for me, kid. sondertale-comlc. tumblr. com sondertale-comic. tumblr.com
﻿it doesn't matter what you say. it won't change what you've already done. sondertale-comic. tumblr. com l-l don’t know h-how I c-could... I...I Moved them. I loved h-her, h-him, them, everyone... \tale-comic. tumblr. com so v-very sorry. I can’t imagine how much you h-hate me.. sondertale-comic. tumblr. com I’m sorry. to take it all back...
﻿sondertale-comic. tumblr. com sondertale-comic. tumblr.com Forgive Do not sondertale-comic.tumblr.com V End of Sondertale - Prologue ¥
﻿sondertale-comic.tumblr.c ЕНПРТЕП 1: RUINS

﻿sondtrtale-tom\t.tvjmblr.tom i can't say i completely understand what's going on here, i'm sure there's a lot more to the story that i'm missing, but to be frank with ya... i'd rather not focus on the details right now. if this is how things are now, then there's no point in being stuck on the past. sometimes, you just gotta know when to quit, but... sondirtali-comii.tumlilr.tom
﻿...sometimes you gotta know when to NOT give up. and you're pretty good at that, seeing as how you're the Very determined' type, and i guess now i am, too. i can't forget what you've done, and i don't understand why you did it. i’m not gonna try to, since i don't see the point in that. but i meant what i said before -about there being a glimmer of a good person inside of you. and now that we're... fused together? / ( i can sense how badly you want to fix this, to get us a good ending, i know that you're sorry, and you know what? i believe you really mean it. SOU' ftimllr.ton
﻿as fun as all of this has been, i think we should get goin'. got the whole, uh. fate of all monsterkind in our hands, after all. Are you feeling okay? Are you nervous? nah. actually...i haven't felt like this for a long time. Felt like what? heheh, it's a bit hard to describe, kiddo. ...i need to describe the feeling to ya. * SUNS 1 RTK 1 DEF * Feeling determined. Keep determined. i m sure i'll get a hand-le on it sooner or later. anyways. Don’t worry about me!
﻿Bu+ you rese+! X+'s no+... +here s ПО way i+ Can be... W-wKa+ s wi+h +ha+ Creepy ^ smile? you will" ■ V [/ Я i'll be wai+ing f-
﻿heheh, nope. ...have we met before? And we’ve really never met before? j heheh. ^ (Flowey the flower?! you're not pollen I L my leg here, I r heheh, is that right? ^ sorry pal, not sure what to tell ya. if you're looking for an ar\s\Ne.r, ^ i haven't botany, heheheh. well if that s the case,^ why don't I show you how things work around let me check with my better half, heheh. what's the right option? i mean, how do we proceed? what do you mean you're ‘not sure'? seems okay? I think we can trust you ’think' we can trust him? kid, c'mon, you've done this all before, right? You don’t know the first thing about what you’ve gotten yourself into! You don’t know r Gan you stop talking to ^ yourself like some kind of freak for one second and just. Accept. The help?? J You’re lucky I’m even " showing you a scrap of kindness in a stupid place ^ like this! i know enough about this place IT’S KILL OR BE KILLED, * FLOWEY 19 RTK ??? DEF * Your best friend, apparently I to 1 know W\ V i'm in ■ 1 what M 1 for. J i don't need your help, ^■¡¡j ' i1 § 1 1 | don't think so. ^ who are you? V 1 1 sondertah-tomu.twmblr.tom
Undertale,фэндомы,Undertale AU,Sondertale,Chara,Undertale персонажи,Frisk,Flowey,Flowey the flower,Sans,Genocide run,Undertale видео,Undertale комикс,Undertale комиксы,длиннопост 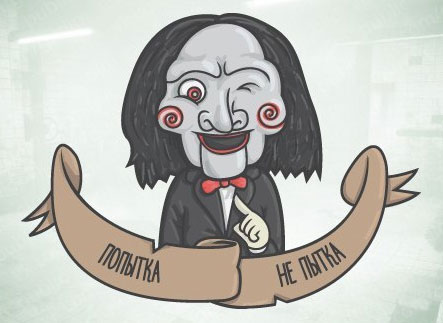